2020 has been a big news year and life has changed in ways that most of us never expected. At the start of the year, record wildfires seemed like they could be the big news story of the year as huge blazes ravaged Australia. However, as we all know, it wasn’t just Australia: the US also recorded record-breaking forest fires with the sky turning a very ominous orange as a result of the huge quantities of particles that were released into the atmosphere. Further afield, temperatures in June well within the arctic circle reached over 100°F and some 35 million acres burned across eastern Russia… 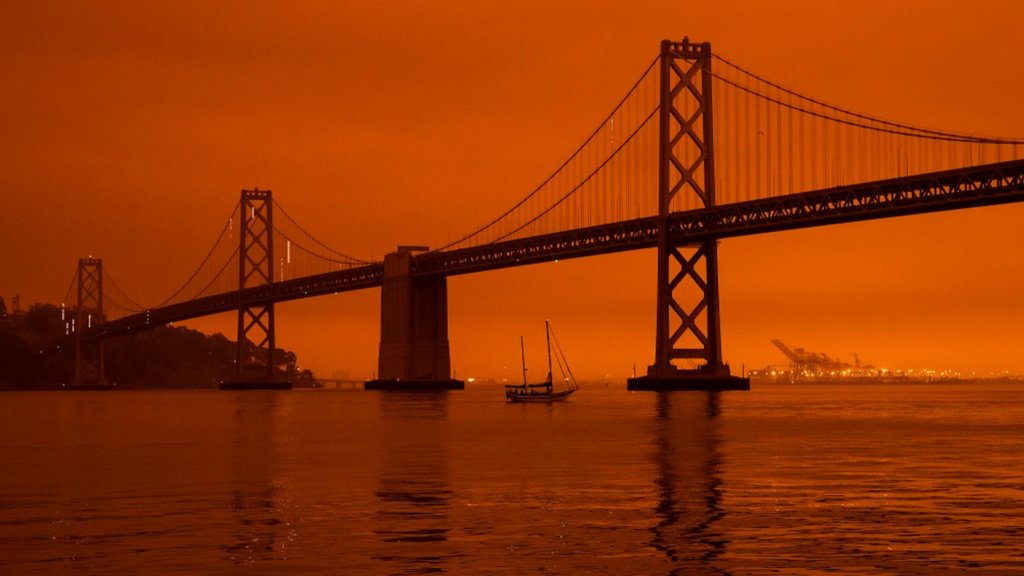 Orange skies over the San Francisco Bay Bridge on Sept 9, 2020

These devastating events are symptomatic of, and exacerbated by, our rapidly changing climate. In fact, almost everywhere we look we see the signs of advancing climate change and the impacts it is having, such as the many species that are threatened with extinction as habitats change at a pace previously unrecorded in the geologically recent history of the earth.

The climate has already changed since the advent of the industrial revolution and the impacts of this have been observed almost everywhere we look, and fungi are no exception1. As a subterranean fruiting body, truffles may seem relatively immune to fluctuations in weather patterns or long-term shifts in climate and indeed the development of underground-fruiting may have been driven by a desiccating environment, to afford the fungi some protection from climatic extremes. However, we know that fluctuations in weather patterns can impact the fruiting of truffles2, and then last year with my colleague Ulf Büntgen at the University of Cambridge, we looked at the likely impact of climate change on truffle production across Europe3. Using the most accepted climate change models and a 36 year data set of truffle production across the whole of France, Spain, and Italy, we realized that truffles are far more sensitive than we previously thought. In fact, we came to the shocking conclusion that under the most likely climate change model, truffle production across Europe would likely collapse within a generation. However, there are two caveats to this conclusion:

1.) With sufficient resources and depending on the scale of predicted change for the local area, there are management practices that can be employed to prevent a decline within an individual orchard. Although the scale of change is too large and the needed resources too great to achieve this at a country-wide level, some induvial orchards may be able to survive, especially if they have been cultivated in an area that has favorable predictions going forward.

2.) The models that we based the predictions on are now looking like they may actually be too optimistic. Climate science is complex but as more data is collated, it looks like the rate and scale of change may be larger and not smaller than we previously predicted. For example, as of this writing a new study has just been published showing that the loss of arctic sea ice (summer months) will contribute further to warming through the darker ocean surface absorbing more energy4. To understand this process better, this year I’ve been working with a colleague, Thiago Sanna Freire Silva, at the University of Stirling, to model the likely impacts of climate change on truffles with a high-resolution approach. Using a 1-km grid scale, we will be able to see the likely outcome, in high spatial resolution as well as modeling in greater detail the sensitivity of these truffle species. This data will be crucial, to help us navigate the coming years and protect these revered species as best as we possibly can with science.

Of course, we must all play a role in reducing greenhouse gas emissions and a much stronger and unified global response is urgently needed. From an orchard point of view, there are things that can be done and I will focus on those in a future blog post. For now, the message is clear: climate change is happening and we must use the best data and resources we can to prepare.